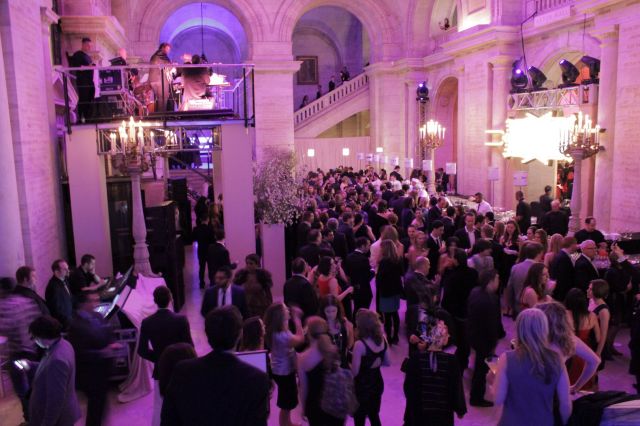 In the first part of this series, we talked about the role that silent auctions play in an organization’s special events, the three types of event attendees, and how to begin to budget items for a silent auction. If you missed this first post you can catch-up here:

Is Your Silent Auction Killing You? (Part One)

In this second part, we are going to cover the following questions:

Silent auctions are a great lesson in economics. An organization can learn a lot about supply and demand, elasticity and inelasticity, and the fair market value of time.

Too Many Items Kill an Auction

This is probably the most common error that organizations make when it comes to planning an effective silent auction. If the silent auction items outnumber the attendees to the event the net total of the silent auction will be less because attendees will have too many options and will spread their bids around. Organizations will argue that they are relying on their silent auction to make a large share of the money for the special event so the more items the better. This is just a false assumption. Too many items cause a severe case of FOBO (Fear Of Better Options) and lack of commitment to bid.

The general rule of thumb is to have one silent auction item for every four people in attendance. Why? Think about it for a moment. Most attendees to a special event come as couples. Referring to the groups at the beginning of the first blog post, two-thirds of your attendees are interested in your silent auction. Couples or households are going to follow the same economic constraints and will act in tandem in most instances.

So, given this 1:4 ratio, an event with 500 people attending should have no more than 125 silent auctions items. That’s a large silent auction for a typical special event.

Build Your Auction Budget Around Percentages

Another common mistake related to having too many silent auction items is incorrectly budgeting the total gross value of a silent auction. There are two common errors that are made.

These two assumptions often feed off of each other so let’s take them together. A good rule of thumb is that a well thought out and budgeted silent auction should conservatively net on average between .60 and .70 cents on the dollar. If the net is greater than .70 cents then fantastic.

When putting together items for a silent auction it is useful to use this handy formula:

Why? This guide accomplishes a couple of things. First, it lets those individuals who are planning on soliciting auction items know what they are going after in terms of donations. It keeps the silent auction from being either too top or bottom heavy. You want the bulk of your items to be in the top two price levels. This the meat of your silent auction. This guide also encourages the committee to think more about putting together experiences instead of simply putting out single items. Remember, it is about the buying habits of the attendees, not the committee.

It Is All About Execution

Next, whether or not you are choosing to use mobile bidding or not, make sure to:

Make sure that for each item the donor has given a good Fair Market Value number. Double check the donor by doing a little research. Nothing is worse than setting an incorrect FMV number only to have the item bring far less. Also by setting the bidding increments, bidders don’t have to engage in math computations after having had a few drinks! Finally, the Buy It Now option is great for those bidders that want to engage in an impulse buy and are willing to pay more to do so.

Another factor in executing a silent auction involves timing. Many organizations choose to let a silent auction run all night by justifying the argument that the longer an auction is open, the more bidders will bid. This is false logic as attendees, given unlimited amounts of time will make one and perhaps two passes through the auction and then move on to other things. The best silent auctions set well-defined closing times that drive the attendee to participate within a relatively short period of time.

Another strategy is to close a silent auction in stages. This strategy promotes bidders returning to tables to make sure that the items they have bid on are either still open for bids or closed. If a bidder loses an item in one area they will often elect to redistribute the money on the remaining items, thus improving their chances of winning.

Organizations can learn from every silent auction and improve for next year. After the completion of the auction, run a report that shows what each item brought at each price level. By looking at this report an organization will begin to see buyer patterns that will repeat annually. Also, don’t miss out on the opportunity to survey the attendees for what they would like to see in a silent auction. Sometimes they will give an organization the best ideas.

By focusing on the attendees, building a realistic budget and following some basic economic rules, a silent can move from killing everyone in the organization to becoming an asset. Silent auctions will always be hard work, but the work should provide a good return on the investments of time and relationships. Start planning now!

Look for new episodes of the 10 to Curtain podcast on the first and third Tuesday of each month.